The HashCash Chief condemns the act of tech corporations laying off employees in thousands while adjusting to global recessionary trends, pushing Silicon Valley towards a tech winter.

PALO ALTO, Calif., Nov. 15, 2022 /PRNewswire-PRWeb/ — The tech world is currently facing a major crisis. Popular social media platforms such as Twitter and Meta have slashed their workforce with mass layoffs. Twitter fired 50% of its employees, and Meta followed suit by sacking 11K employees. The pattern is consistent across major tech giants citing imminent recession, over-hiring, job redundancy, and other factors. HashCash chief Raj Chowdhury however believes that the downsizing approach is not ideal, and will have a negative impact in the future.

Silicon Valley has witnessed multiple sacking and mass layoffs for the past few weeks. New Twitter chief Elon Musk wanted a complete makeshift and fired half of his workforce, only to realize the mistake and hire back a few, stating that some of the sacking was accidental. Meta predicts it will let go of 11k employees because it is overstaffed. Microsoft is reducing its workforce by 1% as a part of structural adjustment. The trend continues, with Stripe firing 14%, Lyft sacking 13%, and companies like Apple and Amazon freezing their hiring process.

The HashCash CEO, also a noted blockchain pioneer, stated, “Companies going with mass layoffs have a price to pay in morale, performance, and brand value. Removing loyal high-performing talents from your arsenal is not a strategic initiative but a quick and shabby easy fix.”

While Silicon Valley is crawling towards workforce reduction, HashCash is expanding and planning to hire hundreds of new talents. Led by Chowdhury, the US-based firm is planning to increase its operations on Indian soil. The top-rated blockchain development company looks forward to recruiting talented professionals as well as freshers in multiple fields. Within weeks of announcing the acquisition of two acres in Bengal Silicon Valley, India, and plans to invest $10 million, HashCash also declared setting up R&D facilities in the Middle East. It is also planning to diversify into Metaverse in the following year.

“It might look like an emergency move or the checkmate-avoidance move, but giving away pink slips is not going to improve profits- the right talent will,” commented Chowdhury on the tech winter situation. He has previously commented on the potential implementations of blockchain analytics in safeguarding crypto security, and its role in transforming the online education system.

A global frontrunner in cutting-edge IT innovations, HashCash focuses on consistent progress and collaborative ventures across the blockchain and crypto segments, in addition to AI, IoT, and Big Data. The company has won international awards for products such as white-label crypto exchanges and currently enjoys a global presence with products deployed in more than 26 countries such as Finland, Vietnam, and more.

Enterprise and business organizations implementing sudden downsizing decisions without a bit of concern for long-term employees will suffer from a bad reputation. A company looking for short-term triumph would prefer workforce reduction as a strategy. The situation could have been avoided with foresight.

About Raj Chowdhury:
Raj Chowdhury is the Managing Director of HashCash Consultants and Paybito. Raj pioneered the first interbank Trade Finance and Remittance implementation of Blockchain Technology between two of the largest global banks. Raj is an eminent voice in the Blockchain and Cryptocurrency space and actively engages with policymakers in this area. He is a contributor to Economic Times, Business World, CNNMoney and advises industry leaders in the adoption of Blockchain. He is a member of Asha Silicon Valley, a nonprofit committed to education for children in emerging countries. Author of the book ‘The Dark Secret of the Silicon Valley’, Raj is an investor in blockchain and cryptocurrency companies and an active member of the philanthropic community. 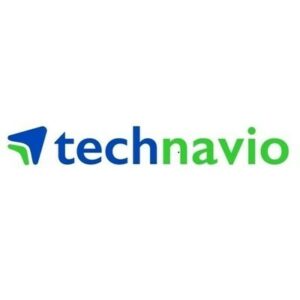 We believe in real-world asset tokenization, so we build and use unique cross-chain solutions.Montecarlo, Monaco, Dec. 01, 2022 (GLOBE NEWSWIRE)...

BOMB Money is offering 2.5x all BOMB, which can be redeemed on their blockchain, BOMB Chain, releasing Jan. 9, 2023.TORONTO,...

CoinAgenda offers attendees and speakers 2.5 days of content and parties to connect with investors, crypto pioneers and founders of...

More than a dozen news announcements made at Decipher showcase broadening adoption across the global Algorand ecosystem DUBAI, United Arab...