This news release constitutes a “designated news release” for the purposes of the Company’s prospectus supplement dated September 2, 2022 to its amended and restated short form base shelf prospectus dated January 4, 2022

HIVE achieved revenue of $29.6 million this quarter, by mining 858 green and clean Bitcoin and 7,309 Ethereum, which were subsequently sold to reinvest in new ASIC mining equipment. As such, HIVE’s production of Bitcoin has increased by 4.5% quarter over quarter while the Company’s average daily production of Ethereum increased from 84.3 ETH per day to 94.9 ETH this quarter, prior to the September 15th, 2022, Merge date when we ceased mining Ethereum. However, in the previous quarter Bitcoin and Ethereum average prices were higher resulting in an increase of $44.2 million revenue over the previous quarter.

The Company notes that HIVE’s production of 858 Bitcoin this quarter represents an increase of 31% year over year, with the same period last year, having mined 656 Bitcoin reflecting a substantial growth in our operating hashrate. This is in large part a result of our New Brunswick facility expanding from 30MW last year, to operating approximately 17,300 new generation ASIC miners, operating at approximately 60MW of capacity. This large increase in quantity of Bitcoin production stands even as network difficulty has effectively doubled during this one-year period and prices have fallen approximately 60%.

Frank Holmes, HIVE’s Executive Chairman, stated “”We wish to again thank our loyal shareholders for believing in our vision to mine both Ethereum and Bitcoin. We are sad to see the higher margin from mining Ethereum gone and now will be more easily compared to our Bitcoin mining peers. It was an extremely challenging quarter for the global digital asset ecosystem, where we saw the capitulation of crypto prices due to the Proof of Stake ‘PoS’ Luna token blow up in the spring and subsequent contagion from over leveraged ‘shadow banks’, hedge funds and offshore exchanges. Strategically, we have not borrowed expensive debt against our mining equipment or pledged our Bitcoins for costly loans, thus our balance sheet remains healthy to weather this storm. We believe our low coupon fixed debt; attractive green renewable energy prices and high performing energy efficient ASIC chips will help us navigate through this crypto winter.”

HIVE achieved a gross mining profit margin of $15.9 million for the quarter, a 41% decrease over the prior quarter of $27.0 million due to lower Bitcoin prices. This decline in gross profit mining margin was predominantly driven by significant lower average cryptocurrency prices during this period which negatively affected us as well as the Bitcoin mining industry.

Additionally, the Company’s gross mining margin of 54% this period is also a decrease from the gross mining margin from last quarter of 61%. On a relative basis HIVE has been able to mine with healthy profit margins during periods of market volatility because of being globally diversified and enjoying low power costs in Sweden, Iceland, and Quebec.

Furthermore, HIVE’s average cost of production per Bitcoin was $9,894 (including cost of goods sold, not including SG&A) for the quarter ending September 30, 2022, a 23% reduction in cost from the previous quarter ending June 30, 2022. The company notes that from October 2022 onwards, with Bitcoin mining hash rates and Difficulty at all-time highs, it is expected that the cost of production for Bitcoin will increase for the industry at large, as less Bitcoin per Terahash is being rewarded at these difficulty levels.

According to Anthony Power’s monthly industry research we are proud to have achieved and maintained the best operational uptime amongst all its peers, with HIVE repeatedly emerging at one of the most efficient crypto miners based on digital assets mined per Exahash (commonly measured as quantity of mined Bitcoin per Exahash of reported hashrate).

Mark-to-Market of Assets and Non-Cash Writedowns

There is greater pressure in the accounting world to take non-cash charges against mining equipment that is required to create digital assets. The price of primary ASIC chips moves with the price of Bitcoin. On big quarterly down swings like the last couple of quarters we reduce the value of the Bitcoin held in our treasury and the resale cost of the mining equipment, however when Bitcoin prices rise, they are written back up through inventory holdings and flow through the income statement using mark-to-market accounting, while equipment often is not written back up as the threshold to do so is higher. This is a conservative accounting treatment which public crypto mining companies usually follow.

Our adjusted EBITDA was strong for the quarter $18.8 million with the decline in digital asset prices during the quarter impacted our financial results by $2.4 million, in addition to a significant impairment of $26.2 million on mining equipment. Digital assets continue to be much more volatile than the stock market, thus our digital assets can significantly move income both up and down each quarter.

For the three months ended September 30, 2022, revenue from digital currency mining was $29.6 million, a decrease of approximately 45% from the prior year primarily due to significant global hashrate growth combined with much lower average cryptocurrency prices, offset partially by the increased production of Bitcoin because of the Quebec and Atlantic (New Brunswick) facility acquisitions, in addition to expansions at the Company’s flagship European operation in Boden, Sweden.

The Company notes that, while adjusted EBITDA1 this quarter was $18.8 million, because of mark to market accounting practice, net loss during the quarter ended September 30, 2022, was $37.0 million, or a loss of $0.45 per share, compared to net income of $38.9 million, or $0.51 per share, the same period last year. The decline from the prior year was driven primarily higher non-cash charges such as depreciation, unrealized valuation losses on digital currencies and investments, and impairment charges on equipment and equipment deposits, which in turn were all affected by lower Bitcoin and Ethereum prices seen in the current quarter. Adjusted EBITDA is a non-IFRS financial measurement and should be read in conjunction with and should not be viewed as an alternative to or replacement of measures of operating results and liquidity presented in accordance with IFRS.

Mr. Holmes noted “At HIVE we strive to maintain a high-performance culture, which means that we always adapt to unexpected headwinds, and do our best to maintain operational excellence in the process.”

The Company uses EBITDA and Adjusted EBITDA as a metric that is useful for assessing its operating performance on a cash basis before the impact of non-cash items and acquisition related activities.

EBITDA is net income or loss from operations, as reported in profit and loss, before finance income and expense, tax and depreciation and amortization.

Adjusted EBITDA is EBITDA adjusted for removing other non-cash items, including share-based compensation, non-cash effect of the revaluation of digital currencies and one-time transactions. 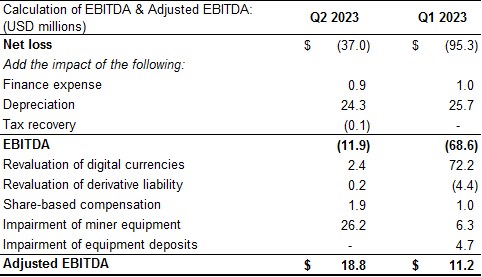 The Company emphasizes that “adjusted EBITDA” is not a GAAP or IFRS measurement and is included only for comparative purposes.

A non-cash charge is a write-down or accounting expense that does not involve a cash payment. Depreciation, amortization, depletion, stock-based compensation, and asset impairments are common non-cash charges that reduce earnings but not cash flows.

The Company’s Consolidated Financial Statements and Management’s Discussion and Analysis (MD&A) thereon for the three and six months ended September 30, 2022 will be accessible on SEDAR at www.sedar.com under HIVE’s profile and on the Company’s website at www.HIVEblockchain.com.

Management will host a webcast on Tuesday, November 15, 2022, at 4:30 pm Eastern Time to discuss the Company’s financial results. Presenting on the webcast will be Frank Holmes, Executive Chairman; Darcy Daubaras, Chief Financial Officer; and Aydin Kilic, President and Chief Operating Officer. Click here to register for the webcast.

HIVE Blockchain Technologies Ltd. went public in 2017 as the first cryptocurrency mining company with a green energy and ESG strategy.

HIVE is a growth-oriented technology stock in the emergent blockchain industry. As a company whose shares trade on a major stock exchange, we are building a bridge between the digital currency and blockchain sector and traditional capital markets. HIVE owns state-of-the-art, green energy-powered data centre facilities in Canada, Sweden, and Iceland, where we source green energy to mine on the cloud and endeavour to build a significant HODL position of Bitcoin. Since the beginning of 2021, HIVE has held in secure storage the majority of its ETH and BTC coin mining rewards. Our shares provide investors with exposure to the operating margins of digital currency mining, as well as a portfolio of cryptocurrencies such as BTC. Because HIVE also owns hard assets such as data centers and advanced multi-use servers, we believe our shares offer investors an attractive way to gain exposure to the cryptocurrency space.

We encourage you to visit HIVE’s YouTube channel here to learn more about HIVE.

Except for the statements of historical fact, this news release contains “forward-looking information” within the meaning of the applicable Canadian securities legislation that is based on expectations, estimates and projections as at the date of this news release. “Forward-looking information” in this news release includes information about: business goals and objectives of the Company; the results of operations for the six months ended September 30, 2022; the HODL strategy adopted by the Company; the acquisition, deployment and optimization of the mining fleet and equipment; the continued viability of its existing Bitcoin mining operations; the Company’s operations and sustainable future profitability; potential further improvements to the profitability and efficiency across mining operations by optimizing cryptocurrency mining output, continuing to lower direct mining operations cost structure, and maximizing existing electrical and infrastructure capacity including with new mining equipment in existing facilities; continued adoption of Bitcoin globally; the potential for the Company’s long term growth; the business goals and objectives of the Company, and other forward-looking information includes but is not limited to information concerning the intentions, plans and future actions of the parties to the transactions described herein and the terms thereon.

This news release also contains “financial outlook” in the form of gross mining margins, which is intended to provide additional information only and may not be an appropriate or accurate prediction of future performance and should not be used as such. The gross mining margins disclosed in this news release are based on the assumptions disclosed in this news release and the Company’s Management Discussion and Analysis for the fiscal year ended March 31, 2022, which assumptions are based upon management’s best estimates but are inherently speculative and there is no guarantee that such assumptions and estimates will prove to be correct.

or obligation to update or revise any forward-looking information, whether as a result of new information, future events or otherwise, other than as required by law.

To view the source version of this press release, please visit https://www.newsfilecorp.com/release/144284 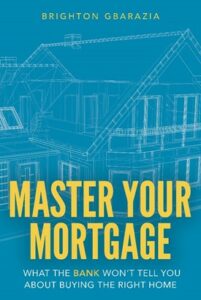 Summary: MySmile is a teeth healthcare company. Recently, the company launched a new Bluetooth whitening kit with advanced technology and...

XBO.com affirms its users come first by working on its Proof-of-Reserves protocol, promising crypto assets are safe at all timeWARSAW,...