The new game, which will be geared towards tower defense mechanics, will showcase new utility for Splinterlands cards as well as introduce new playable Splinterlands-themed assets. The announcement comes as an important innovation to the blockchain space, as it is one of the first IPs to be offering interoperability of its NFTs across multiple games.

Splinterlands Tower Defense will see the return of Splintershards ($SPS) and Dark Energy Crystals ($DEC), as well as its Voucher token as a medium for staking and purchasing assets. Within the new game, players who purchase items within Splinterlands will also receive additional rewards, such as Tower Defense packs-and vice versa. This groundbreaking interoperable dynamic between the two will also make the utilization of currently-owned cards from within Splinterlands to Tower Defense possible, which in turn can then be staked to help further progress in the new game, such as powering up the player’s towers.

The company’s CEO, Jesse “Aggroed” Reich, sees this gaming advancement as significant for the Web 3.0 space.

“We’re excited to finally be sharing this next step in the Splinterlands world, and to be carving out a brand new path for the interoperability of NFTs,” Reich said. “We believe the launch of Tower Defense will serve to both expand our current ecosystem as well as begin to influence the Web 3.0 vertical as a whole, which will then have a significant effect on the future of technology.”

“The capacities of blockchain innovation are only just beginning to emerge,” he continued. “We love being at the forefront of that reality.”

Alongside its new $SPS reward pool, the new expansion will also present new mechanisms for staking in the overarching Splinterlands Tower Defense ecosystem, as well as new opportunities and benefits for those who choose to stake their assets in the game.

Pre-sale for Tower Defense packs will go live on September 20, 2022, where 250,000 card packs of the game’s 2 million first series of card packs will be available.

Splinterlands is the fantasy-themed battle game created by Jesse “Aggroed” Reich and Matt Rosen in 2018. Built on Web 3.0 technology, it offers its users the enhanced ability to own, hold, trade in-game assets and win rewards in groundbreaking ways. Its user base has expanded beyond 2.4M users who have nearly 1M active wallets, with its total transactions on the blockchain hovering between 3-5M daily. Boasting a committed, active, and enthusiastic surrounding community, its user base is found across the globe in 149 countries and operating in 10 languages. Splinterlands recently passed the significant milestone of 3 billion battles played by its users, and is set to continue its expansion into both the cryptocurrency vertical and the mainstream gaming industry throughout 2022.

To view the source version of this press release, please visit https://www.newsfilecorp.com/release/136069 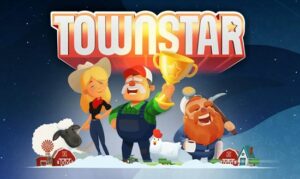 Avid crypto and NFTs investor James will delve further into the world of crypto investment with OKXVICTORIA, Seychelles, Oct. 02,...

World Cup Inu develops the first token on ETH to support the World Cup achieving more than 50,000% growth in...