Two hundred million tokens were sold in the beta sale phase, raising $2 million – 1 TAMA sold for 0.01 USDT (Tether stablecoin, which is equal in value to 1 USD). The first $1m was sold out in just 12 days of the beta sale.

One billion TAMA tokens are available altogether in the presale, amounting to half of the total supply.

The presale will now proceed with a succession of token sale tranches of 100 million each – the token price rises by 0.0025 USDT with each tranche.

By the end of the presale the TAMA token price will be 0.03 USDT, which is 3x the original beta sale price of 0.01 USDT

Excitement has been building and Tamadoge has now built a user base of 25,000 for its Telegram group and has already racked up 45,000 followers on Twitter.

The Tamadoge team has recently announced the launch of a new $100,000 giveaway airdrop referral programme which is sure to whet the appetite of potential investors.

There are nine ways to enter which includes simple tasks such as following Tamadoge on their various social media channels. All details can be found on the giveaway page.

Shiba Inu has had an impressive bounce on the charts recently, at one stage pumping over 30% within a span of 24 hours, as Tamadoge enters the fourth stage of its presale.

SHIB was one of the best-performing assets of the last bull market, and many retail investors were able to make fortunes from relatively small investments that subsequently ballooned in value.

One of the reasons that the SHIB community has managed to grow so spectacularly is thanks to the extra utility that the project has when compared with Dogecoin.

Tamadoge is another meme coin with utility, which could be a factor in its early popularity with investors looking to get in early before a price explosion.

Tamadoge is a deflationary cryptocurrency, which means its economy is price supportive from the outset.

The gameplay of Tamadoge centres around users battling to climb up the leaderboard by gaining points called ‘Dogepoints’. Those users with the most Dogepoints at the end of each month will be able to claim their winnings from the monthly pool, known as the ‘Dogepool’.

Persistent rumours to the effect that Elon Musk himself might be dabbling in the presale refuse to go away.

Also unverified claims continue to swirl, suggesting that Tamadoge may have some seasoned backers on board who already have successful meme coins under their belt.

Whatever the truth of those claims, the metaverse narrative that informs the value differential of Tamadoge’s ecosystem – or Tamaverse – is likely helping the meme coin to gain traction with crypto investors.

The roadmap features augmented and virtual reality milestones – the project is looking to hook up with metaverse partners early next year and to have the 3D rig-up of the Tamadoge pets metaverse-ready later in 2023.

A future listing on the Hong Kong-based LBank exchange has already been confirmed, with more CEX listings currently being lined up.

TAMA is an ERC20 token (Ethereum-compliant)

Get in touch with Tamadoge at: https://tamadoge.io/contact/ 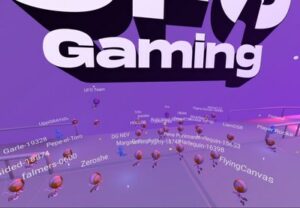