London, UK, Aug. 16, 2022 (GLOBE NEWSWIRE) —  London based the Paradox Studios has announced that the launch of the Paradox Metaverse, an open-world, action-adventure, game built on UE5 offers several unique features and benefits to its users. The company aims to revamp the blockchain gaming market and has been working towards development of the paradox metaverse for the last several years. The Paradox Metaverse utilises the latest in blockchain technologies to bring its “play to earn model” to life. Unlike typical open-world games, the Paradox Metaverse will be free to play, with the added option of monetising your time whilst gaming. 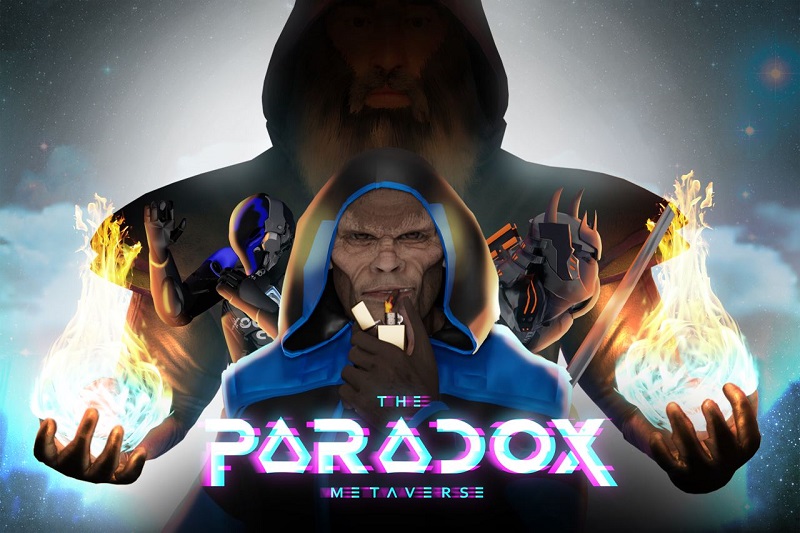 The game incorporates an action-packed narrative with third-person shooting and battle royale functionality, with a huge emphasis on player customisation allowing for gamers to express themselves through their in-game characters adding to the metaverse experience as a whole. The founders of the project have always maintained the notion that they wanted to create a game similar to popular open world games but with the implementation of blockchain technologies. Stating that current blockchain games do not prioritise graphics and narrative, which ultimately hinders the overall gaming experience.

The play to earn functionality has been explained in depth by founder AmioTalio in an explainer-style video “The Para Guide” which is available to watch now via the Paradox Metaverse YouTube channel. In essence, players must first purchase an NFT character from the studios limited NFT collection. NFTs will allow gamers to access play to earn missions and upon completion, they will be rewarded with the game’s native currency “P-bucks”, which can then be swapped for games cryptocurrency $PARA.

As seen in some of the most popular gaming projects to date narrative direction is an incredibly important aspect of the gamer experience. Paradox studios have championed this element and have assured users that the game will feature a complex and interesting storyline that incorporates powerful themes such as betrayal, friendship, and complex character development arcs that can be uncovered as players progress through the game.

Paradox Metaverse is ready to play Q4.
Find out more at ParadoxMeta.io