SAN FRANCISCO, June 1, 2022 /PRNewswire/ — HODL Assets, the developer of the innovative GalaxE all-in-one social NFT metaverse, is getting a new CEO and board chair. Jenny Q. Ta will transition from her former post as Partner and COO to take over these roles, bringing her experience as a founder in both the crypto and traditional investment spheres.

Prior to founding CoinLinked, her first full-fledged crypto venture, Ta had founded Titan Securities, an investment firm, and Vantage Investments, a broker-dealer, and worked on Wall Street. She increased CoinLinked’s revenue by 200% within its first twelve months; by its eighteenth month, then when HODL Assets was at its all-time high of $200M market cap, it had been acquired by HODL Assets. Her exit from CoinLinked has made her a three-time founder. She helped bring HODL Assets to its current headquarters in San Francisco.

GalaxE.io – founded by Ta, AJ Bosch, and Lenny SC – is making a name for itself by responding to the deepening disconnect between social networking and the metaverse. As Web3 grows ever more viable as a medium for business and transactions, a more casual, social component is often missing or overlooked. Neglecting Web3 spaces as vehicles for connecting socially closes off the opportunity to create collective or cooperative metaverse events like fashion and gaming.

GalaxE is HODL Assets’ fully realized attempt to marry the best of Web2 social platforms with the promising virtual economy of Web3. The online platform offers users an array of unique experiences and opportunities, from collecting art, music, and photography NFTs to playing P2E games and buying domains., Additionally, GalaxE supports multiple blockchains (Polygon, Fantom, and Binance Chain, to name a few) as opposed to strictly Ethereum, which many metaverses are limited to.

Ta’s immediate plans as CEO include launching GalaxE’s Mobile Web option, which will give mobile users easy access to the platform; releasing iOS and Android apps for the GalaxE platform later this year; and curating a series of never-before-seen 3D and AI collections. One will be the highly anticipated NFT Cancer Collage, which Ta developed in partnership with Living Beyond Breast Cancer and the National Breast Cancer Foundation.

AJ Bosch, who had been serving as interim CEO, is retaining his role as CTO, while Lenny Schutz is scaling back his participation to become a general board member. Bosch says the time is right for the shift: “Managing change can be a challenge for any company, but at times it’s necessary to make tough internal management decisions, and that’s what helps move a company forward.” He adds, “It’s the ability to make those tough decisions when they’re warranted that makes a business stand out from the crowd.”

For Ta, business savvy means knowing when to experiment with new approaches. “Even when the way you’ve done things in the past has always proven successful, that doesn’t mean a different approach in a different situation wouldn’t work even better,” she explained. “There eventually comes a time when every leader has to decide whether a change of strategy might possibly yield even greater results than the model that’s always worked before. It’s called thinking outside the box and rising to the occasion. As leaders, we have to do both.”

HODL Assets, the parent company of the GalaxE social aggregator platform, was the first to facilitate the creation and sale of NFTs on multiple blockchains. It assesses no initial contract, listing, or auction settlement fees, charging its users only a minting fee. Learn more about GalaxE here. 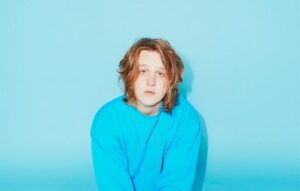